You may or may not know two of my book loves, I’ve mentioned both before but then I mention a lot on here so they could be easily confused in the melee, however I have need to bring them both up in the one place today. First is one of my all time favourite reads, ‘The Letter for the King’ by Tonke Dragt, it has everything I desire in a book, adventure, good versus evil, a protagonist with derring do and a plucky best friend, the end papers even have MAPS, and Dragt herself has become something of an inspiration of mine (I suggest looking her up but if you’d like me to do a blog post on her, aka the Stefan Zweig piece, then just holler in the comments and your wish is my command). 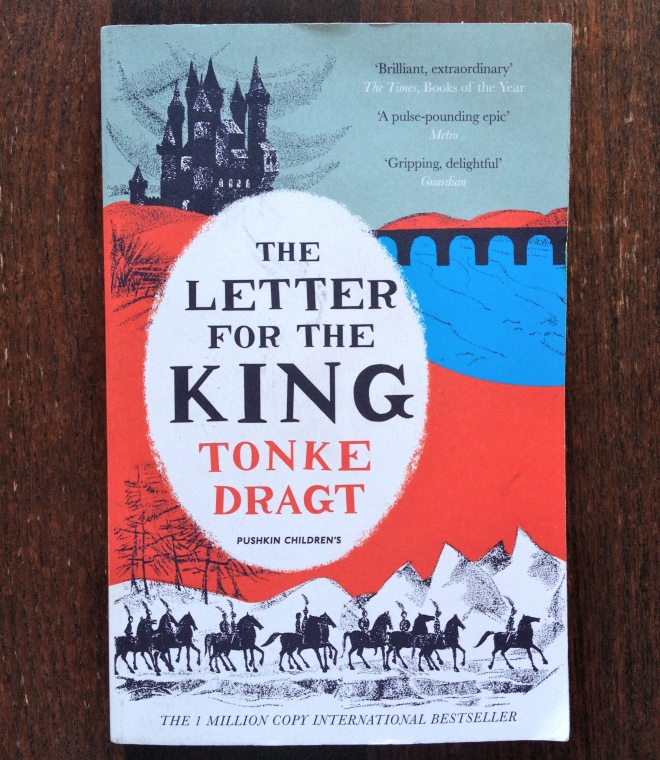 A true book love of mine!

Secondly we have Pushkin Press, one of my favourite publishers. They publish fiction for older readers as well as having Pushkin’s Children’s Books. If I see their motif on the spine I will always pick the book up for a gander, they seem to find the most fascinating of writers and publish stories I didn’t know I wanted to read but that quickly become the ones I won’t forget for all the right reasons. What I love about their choice of children’s books is that they have a beautiful story telling heft to them, you know those great tales you will always remember? The protagonists that you reference at 80 despite having read them when 8? They are rich in their world building and have characters within that make you forget the rather less magical world outside the pages. These stories are as involving for an adult as a child, people can forget books like The Hobbit and The Book Thief are children’s books, you’re never too old to go on an adventure!

Incase you want to look out for the logo!

Pushkin Press published my beloved ‘The Letter for the King’ (how I wish I could be the one to read it to my nephew, but his mum has stolen that honour as she is a huge fan too!) and now they’ve come up trumps once again, getting me to set sail on another voyage, this time with…an ape! I saved ‘The Murderer’s Ape’ for the perfect reading conditions, as mentioned in a previous post, but wanted to make sure I spoke to any Dog Eared readers about it as the paperback has just hit the shelves. Get cosy under a blanket with this one, if you have any youngsters aged around 8 years onwards get them with you as well, crumpets and hot chocolate at the ready? Ok go!

Remember how we were told if a monkey was given a keyboard over an infinite amount of time that they’d eventually produce the works of Shakespeare? Well don’t wait for that nonsense, here we have an Ape who has sat down with her typewriter to tell us her own story, which I guarantee will have you more involved than Titus Andronicus will. Sally Jones is not only a storytelling ape, she is an exceptional engineer who worked on the Hudson Queen ship with her boss, and friend, the Chief. After quite the tumultuous few years she has decided it would be a good idea to get what happened to her down on paper, and kindly she shares the tale with us in the pages that follow. 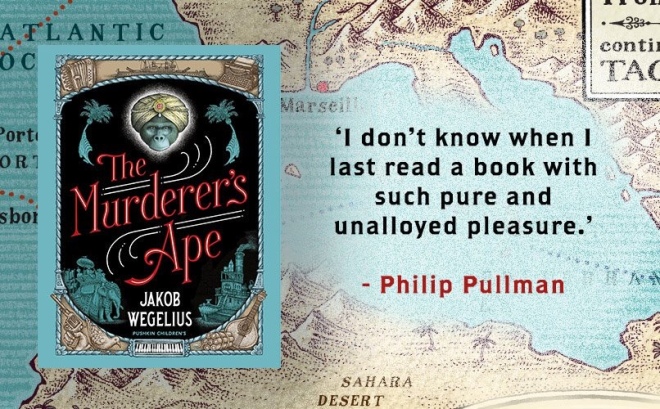 If Philip Pullman gives a book his seal of approval you know I’m going to be getting it ASAP!

Sally Jones had her life turned upside down when her and the Chief, currently docked in Lisbon, accept a job from a rather nervous looking gentleman. They are hired to sail for some cargo, ceramic tiles they are told, to be returned immediately to Lisbon. With work in short supply the Chief snaps up the chance to earn some money and their ship sets sail. It quickly becomes evident that they have been duped however, when those loading the cargo prove to be unscrupulous and the ’tiles’ to be transported look a lot more like weaponry.

Sally Jones and the Chief quickly object to participating in such dubious dealings, but matters are taken out of their hands and things quickly take a more sinister turn. A dramatic unfolding of events finds the Chief being imprisoned for the murder the man who originally tasked them with this job, and although Sally Jones knows the charge against him is completely untrue, there is little she can do as the residents of Lisbon then turn against her, seeing her as the assistant of a murderer and an ape who should either be locked safely in a zoo or put down in due haste.

Hiding in the city, Sally Jones knows she cannot sit by and let her only friend rot in prison for the next 25 years, for a crime he most certainly didn’t commit, and her determination and loyalty put her on quite the remarkable path to seek his freedom. Our Ape will travel the globe to meet Indian royalty and find friends she never dreamed possible closer to home.

I was swept up by the escapades had by our furry friend, and amazed at how quickly I was willing her on while trying to play detective myself and unravel the many mysteries that were uncovered along the way. Anybody who dismisses this Ape is shown quickly to be a fool, and any reader who doesn’t pick up this book as a ‘children’s book narrated by an ape’ doesn’t seem grown up enough for them, well, you’re not much wiser!

As mentioned above the paperback of this book is out now, but if you can still find the hardback I think it would make a gorgeous gift, as along with stunning maps as the end papers, the book opens with illustrations of each of the main characters and they are beautifully done, while reading I kept turning back to them just to look at their faces and let my imagination run away with me.

Illustrations scattered throughout are blissful

My sister may have claimed reading ‘The Letter to the King’ to my nephew, but I am putting my marker on this one before she gets the chance! 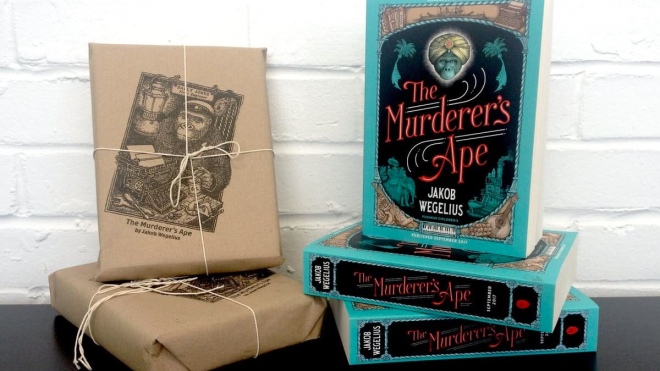 As a bookworm I’m happy when readers get their books from any independent book seller or dedicated book shop (just not the dreaded online ‘a’ place!) but if you do want to quickly order online (and in all transparency I do work at this shop, although my blog is completely independent), you can hop to the Mr B’s Emporium of Reading Delight site and find the book here if you so wish.

Are you intrigued by the Ape with the typewriter or have you already read it? And are you enjoying cosy evenings under the duvet yet and if so with what book? As usual chat away in the comments below!

If you’d like to receive an email notification when a new post appears just send and email to dogearedreads1@gmail.com with ‘Subscribe’ in the subject box and we’ll add you to the list! No spam – pinky promise!

Until next time then,