I received a proof a little while ago that promised great things, historical fiction with…a MERMAID! The artwork on the cover was sumptuous and the publishers proudly heralded this as being their big book of the year. I tend to take these things with a pinch of salt, you never know what book will jump off those shelves and shake a reader to attention, well publicised or not. Well I am happy to say this one has came up with the goods, I sunk deep into every page barely coming up for air and know this will be ringing through the tills at bookshops across the land this year.

‘The Mermaid and Mrs Hancock’ by Imogen Hermes Gowar is a powerfully evocative novel, taking us to London in the late 1800’s, the smells of the dockside, the pomp and powder of the Bawds house in town. 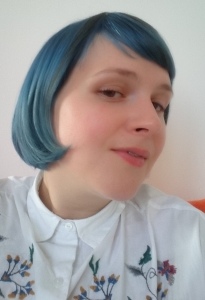 We meet Mr Hancock at his sparsely run home, essentials are provided for there but the place is down at heal, not occurring to him that at the very least a lick of paint wouldn’t go a miss. He is a worried man as his recent business venture is in question, a ship he has sent out to gather goods to sell has not yet returned and he has heard no word from the Captain. A businessman who loses a ship soon becomes a businessman who nobody will deal with.

Deeper into the city we find Angelica Neal, peachy skin voluptuously pouring over the edges of her clothing, being waited on by her friend (or hired help, depending on who’s point of view you take) and eagerly anticipating her return into society after being ‘kept’ by a gentleman who has recently passed away. Visited by her previous Bawd, who kept her in employ with a roof over her head at the finest of establishments in the city, the argument is made for her returning to this house of ill repute and back to ‘servicing’ the creme de la creme of the city, Lords and politicians being regular visitors. Angelica has had a taste for life outside of those four walls however, and has firmly set her mind on making her own way, believing her looks and charms require no promotion by any other, especially when the money would also be passing her by. Angelica lives an opulent life and likes to indulge in the finer things, and she means to do it in her own way.

The novels turning point comes with the arrival of the Mermaid of the title. Mr Hancock may no longer have a ship on his hands but catastrophe may be averted, as the reason for the vessels disappearance being directly related to procuring him the Mermaid. His possession of this throws his house, and then soon after the city, into uproar as people come either to marvel or be horrified by the creature displayed before them. Acting as something of a magnetic force the Mermaid pulls all our characters into each other’s path, although whether this will be the making or undoing of them is deliciously teased along in the following pages.

Mermaids – not as pretty as you think

When reading this novel I really found myself thinking on the theme of ownership and independence. The women of the book are beholden to men for their upkeep and survival, in different ways to each other, some as prostitutes, some as family members working to keep their place in a home. The many layered roles they play is reflected when they look upon each other, what freedom means to one being something totally different to the other. The deep irony coming into play when all of these women, seekers of independence, try to further their own cause by entrapping and taking away the absolute freedom of another – namely, the Mermaid. 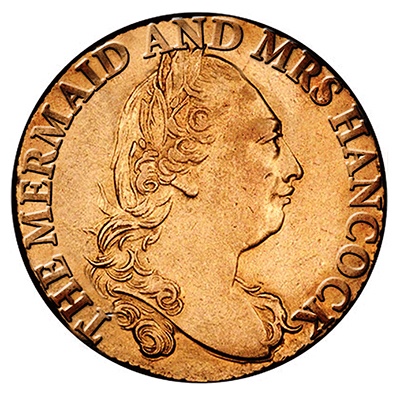 The characters in this novel are all complex and fully fleshed out, they live in the grey area as we observe their strengths and faults, growing to care about them despite the latter. I was particularly partial to Angelica despite wanting to shake her several times throughout!

It was an utter delight getting washed away in this book, it transported me totally and I felt I could vividly see the scenes playing before me like a movie. The prose skilfully uses language at home in the 1800’s yet never feels dated or a struggle to understand, these are fresh characters brimming with life and bursting off the page. I love a proper yarn of a story and this provided, I’ll certainly never think of mermaids in the same light again!

The Mermaid and Mrs Hancock by Imogen Hermes Gowar £12.99 (Vintage)

As usual, you can subscribe by popping an email over to dogearedreads1@gmail with ‘Subscribe’ in the subject line, this way you’ll get a notification each time a new post appears. No spam, we promise! Also for those who love YA, great writing and FREE THINGS, keep an eye out in February for competition time!

Until next time folks,

2 thoughts on “This Could Be Underwater Love…”