Magic, fairy tales, folk lore and all who sail in the ship these live in will always be welcomed on to my bookshelf. From innocent childhood tales right through to the real dark stuff, I will dabble in it all, giant tomes like Jonathan Strange and Mr Norrell being an all time favourite read as well as a wisp of a tale such as The Red Shoes. I’ll read these books all year round but  Autumn and Winter just seem to suit them that much more, flames flickering from the candles in your room and the world outside blanketed by thick, velvety darkness meaning any kind of spirit could be lurking in the shadows.

A collection of short stories has utterly captivated me recently. Jen Campbell is a prolific booktuber (just search her name on YouTube for excellent content) and she has an envious knowledge of all things fairytale. When she announced she was bringing out her own book I was counting down the days to get my hands on it. Eerie and beautiful, she leads you down paths never before trodden but with signpostings of classical myth and legend that add extra layers to be found within each new story. With 12 short stories in the collection Campbell never falters, each one as wholly imaginative and novel as the last, her language is playful and she knows the importance of the unsaid in these twisted tales. It is unbecoming to giveaway any   significant amount of plot when a huge part of the joy in a new, magical world is having it unfold before your eyes, so here I give you a snippet from the blurb to wet your whistle

Spirits in jam jars, mini-apocalypses, animal hearts and side shows.
A girl runs a coffin hotel on a remote island.

A boy is worried his sister has two souls.

A couple are rewriting the history of the world.

And mermaids are on display at the local aquarium.

If you can hold out I think this book would make a great present to find wrapped under the tree, the stunning cover design certainly adding to the treat, but if like me you just want to tuck into something great right now – get yourself to your local bookshop with no hesitation! (A quick added note, if you are getting this for a present I believe Jen will happily sign copies if you order on her website! http://www.jen-campbell.co.uk/shop.html ) 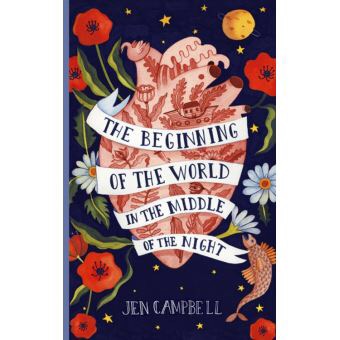 The Beginning of the World in the Middle of the Night by Jen Campbell £14.99 (Two Roads)

Now this next book I bought as soon as it came out, in fits of excitement after hearing it was a Russian fairytale. I then did a very Dan thing and put it on my ‘TBR’ pile and it sat there far longer than I wanted it too, so now I’m totally late in the game writing about it here, but when has that ever stopped me?! ‘The Bear and The Nightingale’ follows a wild, spirited girl called Vasya, living in rural and untamed country side with her family. Her mother died shortly after giving birth to Vasya, making her husband promise to care for the girl as she knew she would lead a special life, something her own mother had done which resulted in royal connections for the family. An elderly woman who has worked for the family her whole life raises Vasya and her siblings, and they spend many a night huddled around the fire listening to her tell folklore of frost demons and winter spirits.

Eventually a new step mother is brought from Moscow to hopefully be a calming influence on strong willed Vasya, but soon the family begin to doubt this woman’s mental health as she claims to see evil spirits around the home and can only find relief when locked away in the church. Vasya immediately becomes dangerous and suspicious to her when she realises that she too can see these spirits, but welcomes them and treats them as friends.

This book has swiftly become one of my favourite reads, it gets satisfyingly dark and the characters are so real they jump out of the page, one in particular being the Priest, he is so wonderfully written. As I didn’t want the book to end I am delighted that it is the first part in a trilogy, I long to go back to Russia and spend more time with Vasya, who has quickly become something of a hero to me. 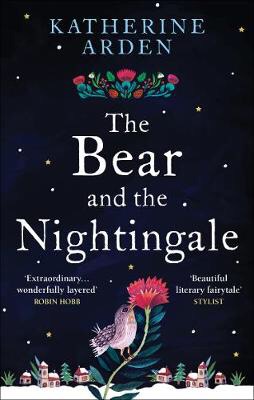 The Bear and the Nightingale by Katherine Arden £7.99 (Ebury)

These two books are everything that is perfect to me for a night of winters reading, get under a blanket, get a hot drink and get completely lost in these other worldly tales, you’ll be in bookish bliss!

Until next time, happy reading!

One thought on “If You Go Down To The Woods Today…”